By The Bloom Talks
February 22, 2022
Technology 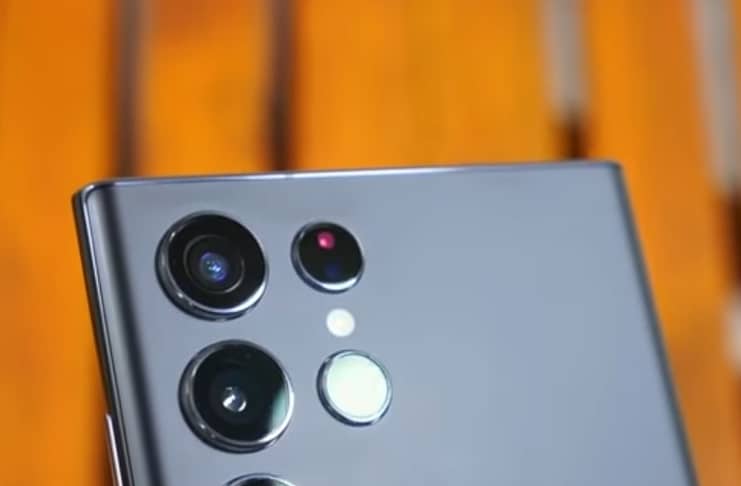 Welcome bloomers again here, The Samsung Galaxy S22 Ultra is a premium smartphone from tit to tat. You will be amazed at its first look and feel premium body when taking it to hand. The borders of the phone are rounded apart of the upper part which is flat and has a tiny hole which is a microphone.

Below the phone has a space for the S Pen, With the power of Galaxy and Note gives a smoother experience in writing like you are playing on a buttery surface. You get a speaker grill of Stereo speakers, USB C type, microphone, and a dual SIM tray.

The back of the body seems to curve on both sides leaving the upper and lower parts, which gives a better grip and eye-catching look when you are among a group of phone users. You can see a SAMSUNG logo on the back of the Samsung S22 Ultra, which seems little bold color than its back color.

Samsung Galaxy S22 Ultra delivery date is yet to be announced but people who have pre-ordered have received their orders. A user is about to receive Samsung S22 Ultra (256GB Black) on the 23rd of Feb.

The dates are literally tentative to deliver the phones by Samsung in a user satisfaction time period. A Reddit user, who ordered Galaxy S22 (256GB) said that he will receive his order by 2nd May. More than that, The white Samsung Galaxy S22 Ultra with 512GB of RAM will be delivered by the 15th of May. You may know that users who have pre-ordered are getting their phones early.

Also, Samsung told that heavy interest and love in the Galaxy S22 series will lead to delays in deliveries. You can expect a long delay for the white model of Galaxy S22 Ultra going to be delivered by the 15th of May.

Till then come here again for the next update regarding the delivery date.