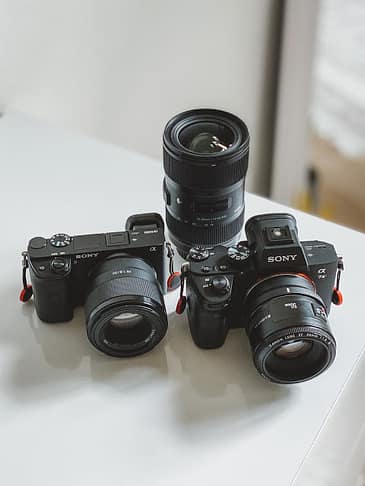 As vloggers around us are increasing it is getting difficult for them for choosing the best vlogging camera in the market at their budget. New vloggers are also demanding the best camera which can shoot their videos at very high resolution with HD quality at a very affordable price. Are you also searching for it brother, then I want to tell you more about it before buying this beast camera.

For your kind information, the model no. of this camera is still not announced by SONY, said announced on the 24th of July or the date of launching. However, from the source released it is SONY ZV-1.

SONY has given a perfect grip that cares when you take a selfie and can see pics by flipping the display in front of you easily as it is lightweight to carry anywhere and can be put on your pocket yet the case is provided by SONY. With this flip screen, you can focus your object in frame and shoot your videos professionally brother.

You can give voice-over to your vlogs as it comes with an inbuilt mic which blinks red when the video recording is going on.

Hereby, I have mentioned some cool features of this SONY ZV-1 given by Sony to enhance your vlogging experience:-

2) It also supports two core dynamic range standards for video shooting one is HLG and the second is HDR, these are built-in-steady-shot optimization. You know these features very well and if not then comment for this or you can also google right now by copying the above two terms brother it gives optical and electronic stabilization feature.

hereby I want to say something about optical stabilization so that you can understand it precisely.

optical stabilization stabilizes the image projected on the sensor before the sensor converts the image into digital information.

4) While vlogging if you get out of the frame then it quickly picks you in the frame by analyzing your face and focus quickly with the background or you can say it refocus quickly than you think.

5) Brother if you want your background to get blurred all the time also when you move or look anywhere then it also has this feature, which i-phone and Samsung phones do have. you just have to tap on the custom button to enable it and boom your background got blurred. An additional feature is that you can see your real-time background blurred by flipping out the screen.

4) ‘SONY” enables a detachable windscreen that will more helpful for your outdoor recording brother.

If you use it for making you-tube videos and if you unbox the gadgets then this camera is for your brother, because due to the following reason,

If you unbox phone and you want to blur everything instead of the phone then, it will quickly blur your background if you come in front of it also

It also has three-mic array sounds which are far better than your old camera if you have right now if you want to improve sound quality by adding an expensive mic to it then go for it because it has a mic jack.

If you are thinking for the battery performance of this SONY ZV-1, then claimed by Sony that it can take 260 shots or you can take 45 minutes of video on a single charge, well about the battery, then I will say okay, as it gives many features while recording then the dropping of the battery becomes mandatory.

The extra lens or you want to upgrade with this pre 25mm camera lens then you can’t because it don’t allow this feature, for this case the Sony should also launch the hybrid of this camera for advance users, it’s my recommendation only by Sony.