By The Bloom Talks
February 24, 2022
Technology 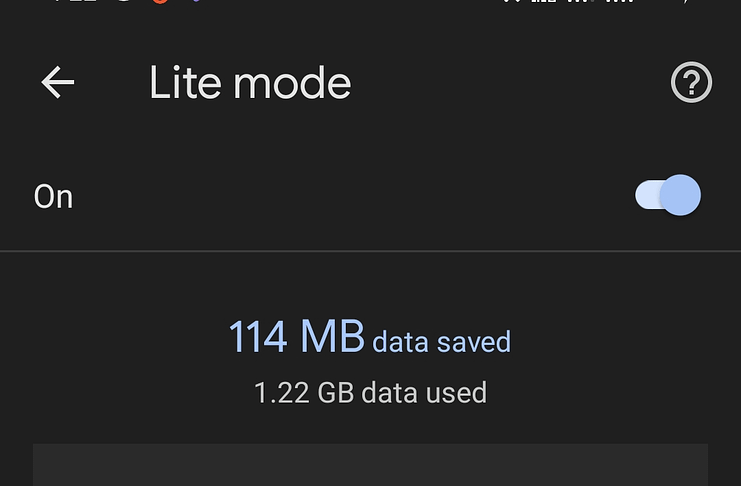 Welcome bloomers again here, Google is about to remove a so-called feature of Chrome “Chrome’s Lite mode”, let’s know the reason behind this plan.

We are about to get a new version of Chrome, Chrome M100 that will not have Chrome’s lite mode feature means you will not be able to on the data saver mode in Chrome. Google examined in 2014 that people with poor and limited networks are facing a lot of problems while accessing the Internet. Although there were internet usage boundaries in which you have this much Mb of data for a month.

People were not able to access the internet for their own goods and purposes. For this Google developed the Lite mode feature which will save your Mb or data while browsing and opening pages. This update helped millions of users in accessing the internet for certain things and also saved their pockets.

Later Google dominated for a feature in Chrome that will block entire images of a website to save even more data. Lite mode just compresses the pages to load faster which will save the user’s data.

With the passage of time, overpriced things come to lower, It happens the same with the data price. Today we are getting data at a very low cost which has become bread and butter for almost everyone.

Google felt that there is no use of this Lite mode as data plans become cheaper and Elon Musk’s project Star Link will definitely make everyone in the globe use of free internet. Google has now no option to continue this feature.

Google claims that Chrome will have the feature of data cut in the new version of Chrome in default settings. These days we are seeing changes in Google Chrome a lot like Chrome’s logo and now lite mode is removing.

Google has worked in every aspect for giving its users a broad range of experience in their platform. In this new chrome, we will have minimized the data usage and faster web page loading in mobile. This has been written on the help page of this week by Google.

Even after the removal of Lite Mode, we will experience faster web browsing in mobile. The latest version of Chrome will be launched on the 29th of March, still, Lite Mode available will remain in Chrome.