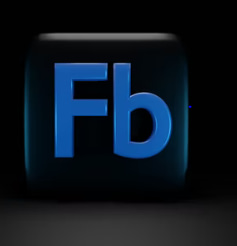 In a blog post published Saturday, Facebook’s vice president of integrity Guy Rosen pushed back against President Biden’s claim that social media platforms were “killing people” with COVID-19 falsehoods. The “facts present a completely different storey than the one promoted by the administration in recent days,” according to the post.

Rosen noted, “At a time when COVID-19 cases are on the rise in America, the Biden administration has decided to blame a handful of American social media businesses.” “While social media plays an important role in society, it is evident that to end this pandemic, we need a whole-of-society strategy. And facts, not accusations, should be used to guide that effort.”

(The post was headlined “Moving Past the Finger Pointing: COVID-19 Vaccine Support is High and Growing on Facebook.”)

NBC News reporter Peter Alexander asked Biden about his message to “platforms like Facebook” on Friday. “They’re murdering people… the only epidemic we have is among the unvaccinated, and they’re killing people,” the president responded. Take a look at the following exchange:
According to Rosen’s tweet, Facebook collaborated on a global survey on COVID-19 symptoms, testing, and immunisation rates with Carnegie Mellon University in Pittsburgh and the University of Maryland. According to the findings, 85 percent of Facebook users in the United States have or want to be vaccinated against the coronavirus, according to Rosen. “President Biden set a goal of vaccinating 70% of Americans by July 4th. This aim was not missed because of Facebook, according to Rosen.

Biden’s remark came as the White House increased its pressure on Facebook and other social media firms to better control the spread of coronavirus vaccination disinformation on their platforms. Surgeon General Vivek Murthy’s report on “confronting health information” was released on Thursday, and it featured recommendations for a variety of stakeholders, including tech platforms, individuals, educators, health professionals, funders, researchers, media, and governments.

The “accusations” were not substantiated by the facts, according to a Facebook spokeswoman on Friday. Several Republicans have raised alarm over the White House’s activities, with Congressman Ken Buck (R-CO) claiming that the administration is “colluding with Facebook to censor Americans.”