AT&T launches its5G network nationwide in the US 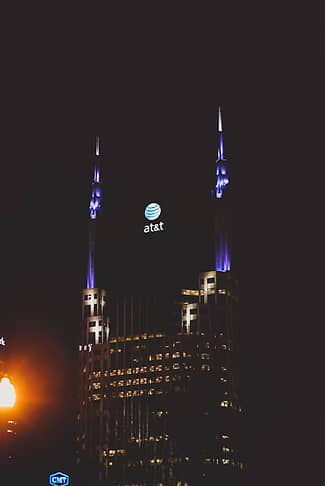 Welcome bloomer’s again here, today I am going to tell you about the AT&T launches their 5G network nationwide in the US. AT&T has the world’s fastest 5G network said and it is available to 200 million people in the US, Let’s bloom together to know more about it brother:-

AT&T launches its 5G network nationwide in the US

A. to the carrier claimed that AT&T has launched the 5G network officially and is available to 200 million people in the US, recently they have launched a network to 35 market’s and also want to spread this network worldwide, The carrier was working since 2018 to launch the 5G and make it world’s fastest network, they tried many projects regarding this to improve more in less time. Do you want to use this 5G network but currently you have 4G network supported phone, then don’t worry I have suggested some best phones in thebloomtalks and I will give the link of them. AT&T has currently launched its network to 395 markets which cover almost 205 million people in the US. It also offers 5G plus coverage network for their customers in their advanced cities, somewhere it has low bandwidth coverage but Samsung galaxy s20 also works in a low bandwidth coverage area that’s better.
5G or 5GE what you will see in your 5G phone?
So my simple and is 5GE as in 4G you see 4G vote but they remove that case their and launched 5GE, as it covers more area with spreads fastest network. A report came from the open signal that suggests that 5GE has a faster downloading speed than old 4G,

Thinking, what’s the speed of it?

then let me answer your brother because this 5G plus network has a speed of 200-300 megabits per second and goes up to 400 Mbps by At&T company. From a commercial review got the result that it has the highest network speed of 2Gbps in Atlanta and from this result, I confirmed that you can download a 1080p (HD) movie of 2 hr movie I just 10 seconds, that’s amazing. For your kind information if you have a 5G phone bought in December 2019 means you have a low-band device and result’s low network speed if you go for this, saying to you brother, that’s only for today’s brother.
Thanks to visit thebloomtalks.com.
The Bloom Talkshttps://thebloomtalks.com
Get the latest news & articles on "Technology" and "Health". Listen to the podcast on "Technology, Motivation, Health, Book Readings".