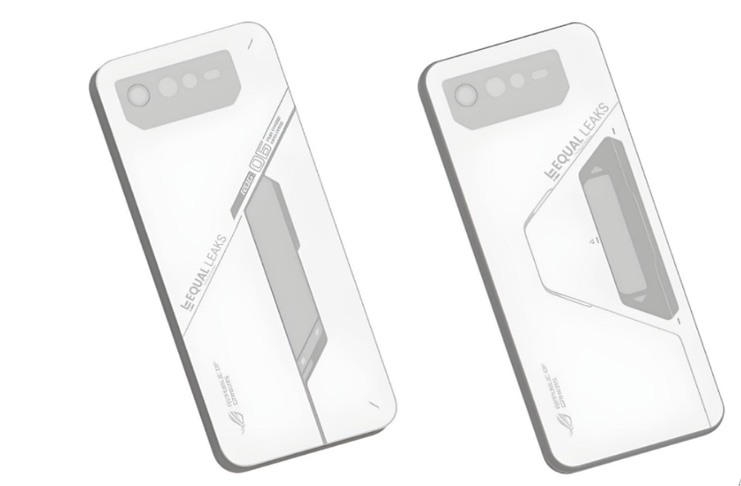 [Disclaimer:- Words used here are too simple to understand and You will achieve a flow state of mind while reading it.]
Believe me, Your 2 minutes & 33 seconds will be so valuable in this blog. I have covered almost all the specs of the Asus ROG Phone 6 which is definitely helping you in making a purchase when the Phone is launched. Many features are still unknown but I assure you that on the 5th of July, You will get a detailed review of the Asus ROG Phone 6.
The review is going to cover a handful of experiences with the phone, a comparison with other flagships, pros & cons, worth it or not, and some frequently asked questions going to help definitely while you make a purchase of the Asus ROG Phone 6 & 6 Pro.
Asus Rog Phone 6 is about to launch on the 5th of July with mind-blowing features for gamers. According to reports the design for the Asus ROG Phone 6 & 6 Pro gonna looks like the Asus ROG Phone 5 variants.
The logo of Asus ROG Phone 6 & Asus ROG looks clear on the back of the Asus ROG Phone 6 whereas only Asus ROG Logo shines on the Asus ROG Phone 6 Pro version.
You know, both upcoming flagships have secondary displays of different shapes and sizes installed on the back of the phone. As you know like your G.F’s phone number secondary display helps you to multitask well. You can also use a secondary display as a controller for the game you are playing on the primary display.
Various features are still unknown on the web but going to reveal on the 5th of July. Features like personalized displays, colors, and sound effects for games are eye-catching specs.
Many popular games like three kills of the glory of the king, the victory, and the five kills are pre-installed on Asus ROG Phone 6.
Tell me, If you are full of storage in Asus ROG Phone 6 & there is no option to expand storage then what you will do?
Yes! Right you will have to install only useful applications on the phone and gamers should install their favorite games only. It seems weird right as Anabelle kicked that girl and she fell downstairs.
By the way.
You get a faster Qualcomm Snapdragon 8 Gen1 processor to run your heavy-end games on your so-called Asus ROG phone marvelously.
As more money increases confidence in a person similarly 8GB RAM makes the Asus ROG Phone a beast for gamers and 128GB of internal storage without expandable feels irritating. Asus should have given a port for a memory card but if Asus launches different variants with upgrades in more internal storage then you should buy that one.

A massive 6.78-inch AMOLED display forces me to think, how will it feel to play PUBG with my friends? But, Corning Gorilla Glass Protection gives confidence to me when the phone accidentally falls down on the floor.
A 6000mAh battery is more than enough to handle your stuff for long hours. Like UFO we get ___Watt fast charger to power Asus ROG 6 bellyful in less than hours. That’s insane. The Phone has ports like USB Type-C and other ports for different accessories to connect such as cooler, trigger, and more.
When talking about the eyes of the Asus ROG 6, It’s a triple camera system with a 64MP Primary Camera, 16MP Ultra Wide Angle Lens, and 5MP Macro Camera. The 64MP camera is enough to look at your friend’s house whereas 16MP is wider than you think to capture a group of 17-20 people with smiley faces in one frame and 5MP is best for following ants carrying tiny pieces of sweets in their mouths walking to their homes.
You can event a race between your fastest racer and Qualcomm Snapdragon 8 Gen 1 chipset and an Octa-Core Single-Core 3GHz, 2.5GHz, and Quad-Core 1.8 GHz processor configuration. It’s the fastest processor to run heavy games effortlessly in Asus ROG Phone 6.
You are about to have 5G connectivity in your hand and now there will be no more disruption between you and your love. Here’s not the end, Asus ROG Phone 6 has a Wi-Fi 6, NFC, Type-C, Bluetooth version 5.1, and a GPS for not going astray in the wild streets.

Cheap Drawing Tablets With Screen at $199

Cheap Drawing Tablets With Screen at $199

The Meaning Of Beauty ! You didn’t Know ever

2 free exercises for how to be a focused Guy in...

2 free exercises for how to be a focused Guy in...

This Google Update will improve your working experience in Gmail

Zephyr Cool Gaming Mouse with a little fan under $60