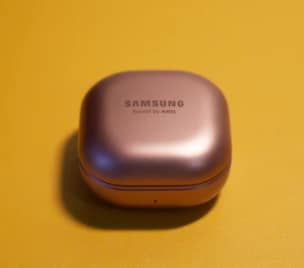 Samsung introduced the Galaxy Buds Pro earlier this year, but the Korean firm is set to launch an earphone line up, the Samsung Galaxy Buds 2. Renders of the earbuds have surfaced, kindly of 91Mobile which shows a novel design influenced by Galaxy Buds and four color variations.

The Galaxy Buds 2 has a much cleaner, more consistent design, with a double-tone color scheme that the older Galaxy Buds+ had. The Galaxy Buds 2 seems to have a bright finish, so the outside looks round and smooth. That said, I really hope Samsung gets rid of the glossy exterior on the earbuds itself as it gets scratches extremely fast.

There are also two microphones on the surface of each earbud, and rumors suggest that Buds 2 is designed to reduce acute noise, but not to cancel active noise.

The Samsung Galaxy Buds 2 was included in an FCC listing earlier in May, with specifications tipped. A new Samsung TWS earphones with the SM-R177 model number and a Bluetooth range for connectivity of up to 2480 Mhz were supported by the list.